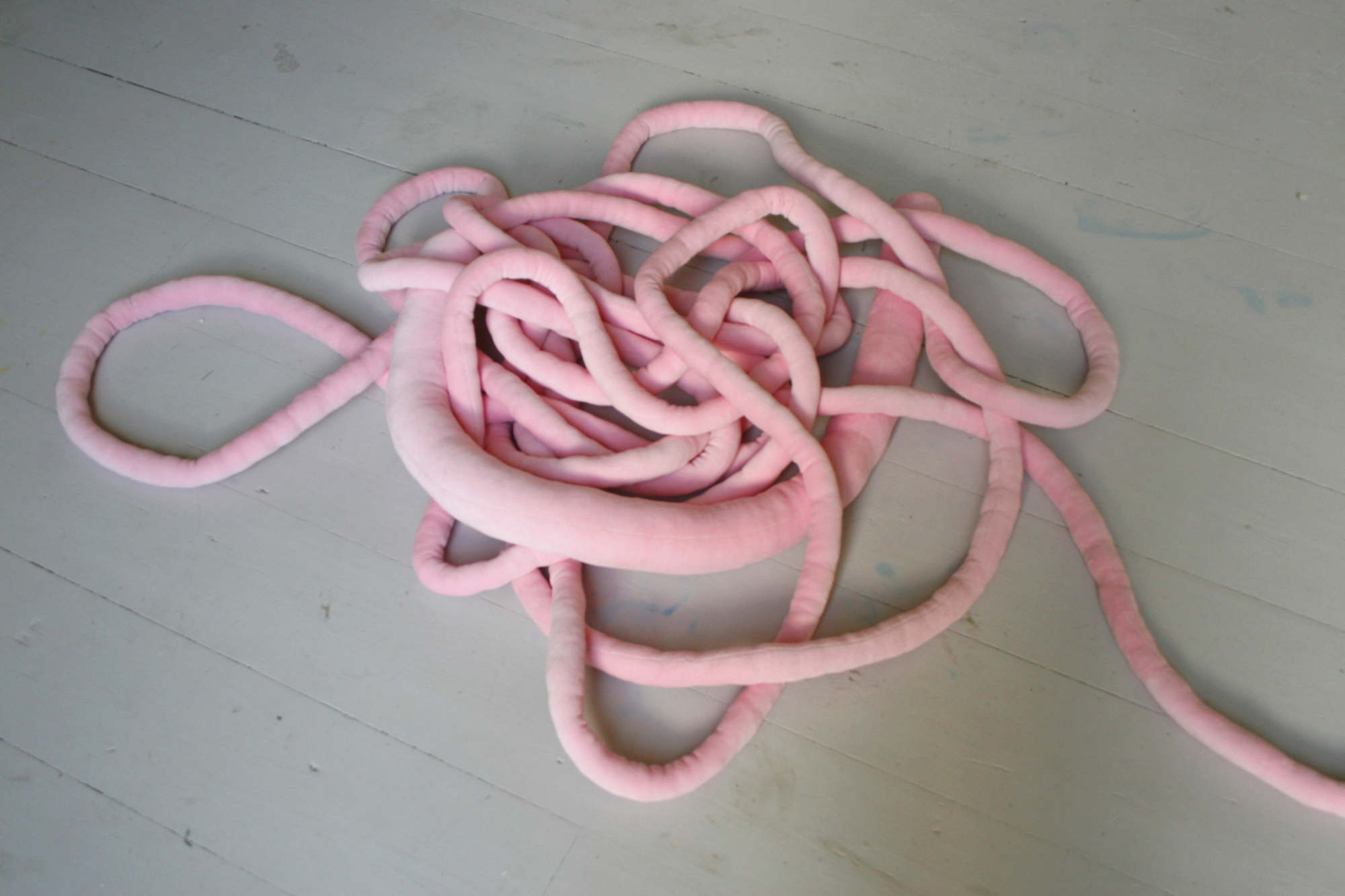 
The dress of the musicians resembles that of the dancers, and corresponds exactly with the habit of the court fool at that period. I make no doubt, the morris-dance, which afterwards became exceedingly popular in this country, originated from the fool's dance; and thence we trace the bells which characterised the morris-dancers. Antiquaries are agreed that the word is derived from Morisco, which in the Spanish language signifies a Moor,as if the dance had been taken from the Moors; but I cannot help considering this as a mistake, for it appears to me that the Morisco or Moor dance is exceedingly different from the morris-dance formerly practised in this country; it being performed by the castanets or rattles, at the ends of the fingers, and not with bells attached to various parts of the dress.

Sir John Hawkins History of Music , observes that, with the memory of persons living, a saraband danced by a Moor constantly formed part of the entertainment at a puppet show; and this dance was always performed with the castanets. I shall not pretend to investigate the derivation of the word morris; though probably it might be found at home: it seems, however, to have been applied to the dance in modern times, and, I trust, long after the festival to which it originally belonged was done away and had sunk into oblivion.

The garments of the morris-dancers, as we observed before, were adorned with bells, which were not placed there merely for the sake of ornament, but were to be sounded as they danced. These bells were of unequal sizes, and differently denominated, as the fore bell, the second bell, the treble, the tenor or great bell, and mention is also made of double bells.

In the third year of queen Elizabeth, two dozen of morris-bells were estimated at one shilling.

The principal dancer in the morris was more superbly habited than his companions, as appears from a passage in an old play, The Blind Beggar of Bednal Green, by John Day, , wherein it is said of one of the characters, "He wants no cloths, for he hath a cloak laid on with gold lace, and an embroidered jerkin; and thus he is marching hither like the foreman of a morris.

A modern writer speaks of a set of morris-dancers who went about the country, consisting of ten men who danced, besides the maid Marian, and one who played upon the pipe and tabor. The hobby-horse, which seems latterly to have been almost inseparable from the morris-dance, was a compound figure; the resemblance of the head and tail of a horse, with a light wooden frame for the body, was attached to the person who was to perform the double character, covered with trappings reaching to the ground, so as to conceal the feet of the actor, and prevent its being seen that the supposed horse had none.

Thus equipped, he was to prance about, imitating the curvetings and motions of a horse, as we may gather from the following speech in an old tragedy called the Vow-breaker, or Fair Maid of Clifton, by William Sampson, So what? Who's to say which way of seeing is the Truth? She awakens singing inside her head, birthday, birthday, birthday.

Milk sits on top of the cold grey lump in Sra's bowl. She tickles it with the tip of her spoon. Stop playing with your food.

She even has a grudging gift, a drawing book with golden stars and moon embossed in a sky-blue cover. Where else would I be?


Sra shuffles her hand over a yawn. Captain of the basketball team? That guy? The most popular guy in school and I get to go on the hayride with him!

Mom said I could! I get to go out with Alad! And so does your creepy love life, aside from it being too boring to waste a breath about. Why can't you just be like other sisters for a change? Do something normal! For example," she gestures to her window, "look out there. It's not just me; you could try a little harder too. She tries to slam it when she leaves and Sra giggles. Make her stop picking on me! Fresh tomatoes, thick slabs of Mom's homemade bread, juice in a thermos.

She sets it in her pack and with it she walks to their meeting corner. Dust shimmers lightly in the sun, sprinkles itself around. Imp is already waiting. Here, you take this and I'll lead.

They walk along it for a while until they've left the town behind. Then Sra stops. Imp wheezes and drops the pack with a thud. She sprawls down right on a thistle patch then gets up quickly. Sra laughs, uncaps the thermos and leans back on her elbows creasing flat the weeds beneath her. She stares at the creek bed and the dusty sky all around. There would be frogs creaking and mosquitos hovering in the air instead of all this dust. There'd be flowers blooming wild, yellows, blues and reds. Just imagine! She squeaks mist into her throat. I opened it with my knife and looked its resides over.

After I was done, I buried it. I returned it to the earth. That's all it is you know. If I dig there in a couple of months it will have dissolved.

From around the site

It won't exist except as earth. Out of respect. But it couldn't hurt. Stained glass sunlight and layers of dark cloth cover them, but they are cold anyway. They are always cold. Imp shivers, tugs her sweater sleeves over her knuckles. Her mother glances down at her and shakes her head. The well-fed man who binds the family sits behind the podium. He holds his Hymnal high. Imp purses her lips and blows him away. On either side of her people rise to sing. She can't help being carried up by their elbows, but sine never sings.

You always turn everything I say around. Slowly Imp exhales. But just remember that you forced this out of me. What happens is he creeps into her room at night, he crawls into her bed and touches her all over. I watch them from the ceiling. After he leaves I go back into her body. She doesn't like it but he tells her she deserves it. He says that she is dirty.

diwanonti.gq He says he'll kill me if I tell. We can blow out all the dust he makes. When the moon is full, they walk out along the ditch.